It is our responsibility to offer a sustainable solution for the transportation of art and we are pleased to show that Turtle is capable of making a contribution.

Objects of cultural heritage deserve the very highest level of protection while in transit. However meeting these standards can often have less than positive affects on our shared environment. We investigated the manner in which Turtle contributes to reducing the pressure on the environment by comparing the usage of a Turtle to that of a conventional wooden case. 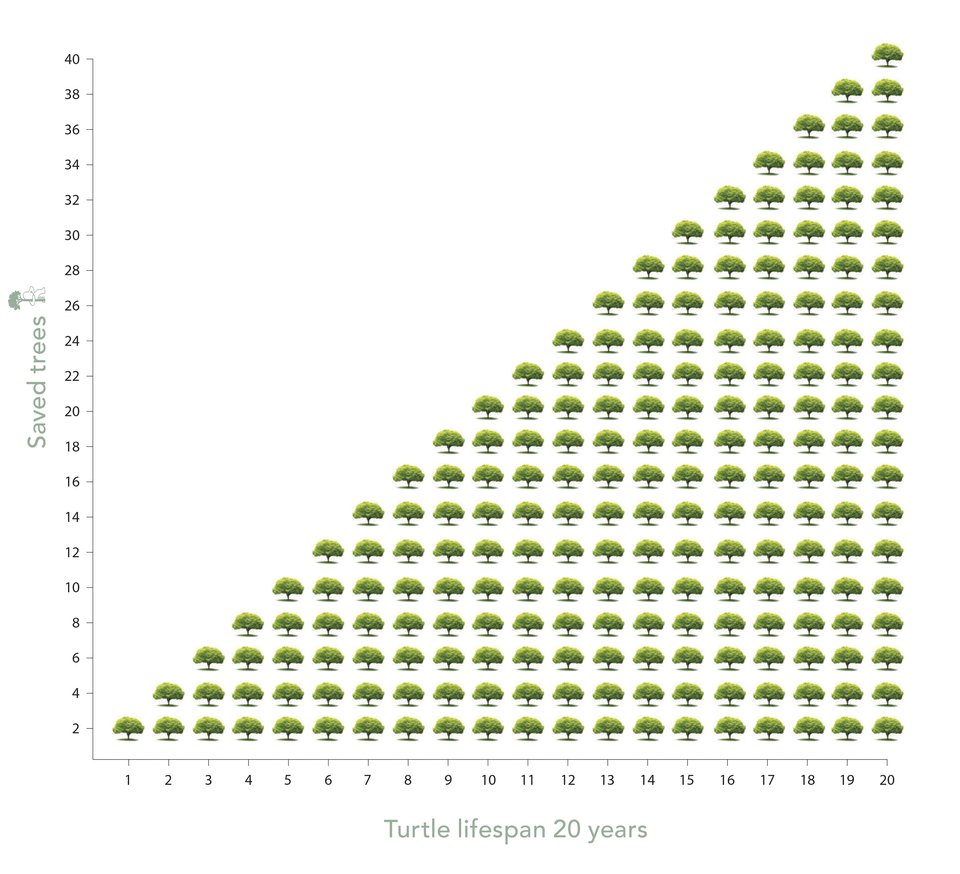 The Turtle’s service life is at least two decades. Since the first Turtle came into use in 1994, not a single Turtle has been written off. When comparing the number of wooden crates that would need to be built to match the lifespan of a Turtle, it is estimated that during its lifetime a Turtle can save 40 trees from being cut down. With our current fleet of 500 Turtles, this means that no less than 20.000 trees have been saved over 20 years. The fewer trees that are chopped down, the greater the absorption of CO2 from the atmosphere, a crucially important issue.

Green business operations do not by defnition need to be more expensive. A simple calculation shows that by using just one Turtle over a period of 15 years it is possible to achieve savings of approximately €60,000. Assuming that a Turtle is used on average three times a year, within the course of one year a total of 3 fewer wooden crates need to be constructed at an average cost of €1500 per crate. Thus the significant financial aspect that Turtle provides to its users are matched only by the unsurpassed protection that Turtle provides to the artworks packed inside.