Turtle BV’s acclaimed crate for transporting works of art is protected by several granted European and US patents. The patents are directed to innovations made in 2015 and 2017 which improved the crate originally developed in 1994 by Hizkia van Kralingen. The patents are in force in several European countries including Germany, France, Great Britain, and The Netherlands, and in the USA. Turtle BV and Turtle Partners have the exclusive right to use the patented crate in their operations. 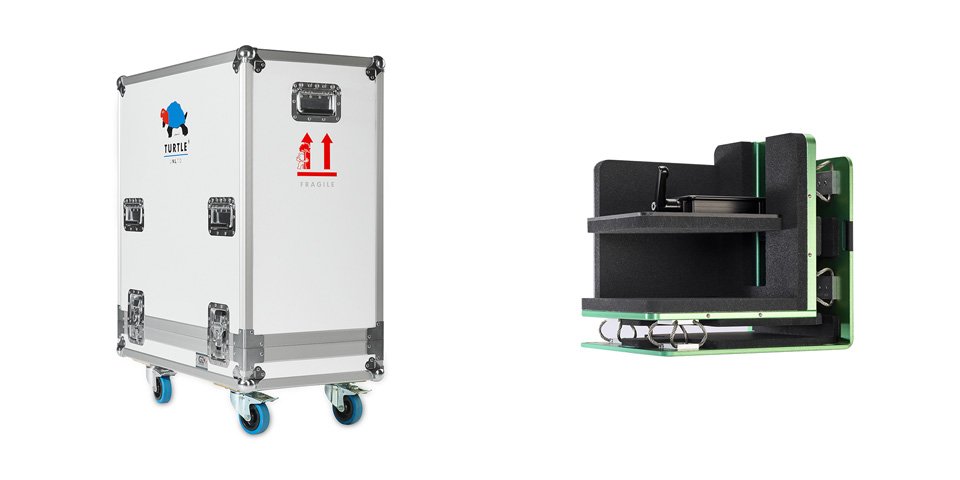 The Turtle Flight Case, suitable for the transport of musical instruments, is described in a Dutch granted patent. Both European and US patent applications are pending for the recent design and development of the advanced corner block T+.