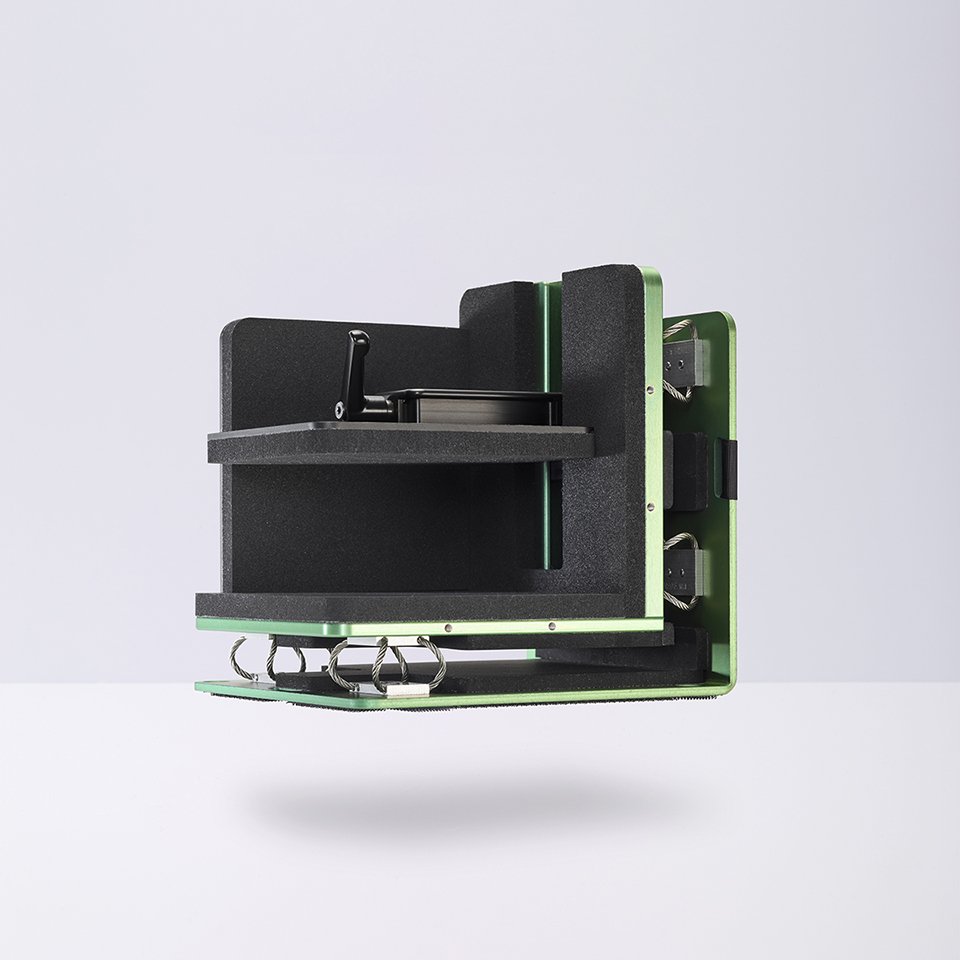 Finally, there is an advanced solution for the harmful vibrations that can arise during handling and transport of artworks. Turtle has developed the new T+ securing system for optimum vibration reduction. Recent scientific research has shown that the advanced T+ corner block performs 100% better in terms of vibration reduction than a standard museum double-walled wooden crate. Shock absorption during transport is 90%. The Kröller-Müller Museum, which helped develop the T+, was able to use it for the first time last week when sending three paintings by Vincent van Gogh to Houston in the United States, using Turtle’s transport crate and the T+.

Turtle’s research focuses on protecting artworks during transport. The innovative company providing solutions for safe and sustainable art transport, which also developed the climate-controlled Turtle crate in 1994, recently carried out studies into the performance of various types of art transport materials in terms of vibration reduction. This was done under the auspices of the vibration expert Prof. Kerstin Kracht. The studies showed that vibrations were reduced most efficiently by wire rope isolators.

Vibrations are always all around us and every object is vibrating continuously, even though that may not be visible to the naked eye. When an artwork is transported by road, it is exposed to the vibrations of the engine and the road when it is in the truck; during air transport, there are constant vibrations from the turbines. Geert Verhoeff, Research & Development Manager at Turtle:
“The new advanced securing system T+ enables us to guarantee the optimum vibration reduction for any specific work of art, irrespective of its size or weight. The T+ blocks used for holding the painting in place in the crate use what are called ‘wire rope isolators’ to transform the input vibrations so that the output to the painting itself, and therefore the vulnerable paint layers, is minimised. Better than that: the reduction is now 100% compared to the traditional double-walled wooden crates, an unparalleled and revolutionary innovation in safe transport for artworks.”

Since 2019, Turtle has been working with various museums on a new solution for transporting the most fragile artworks.  The hard outer casing of the Turtle, the separate backplate in the crate and the Velcro strips combined with the separate corner blocks were proved to provide 50% better protection against vibrations and shocks than a double-walled wooden crate back when Turtle first appeared twenty-five years ago. The T+, an upgrade to the existing corner block, now offers 60% better performance on top of that. This is partly due to the long-lasting wire rope isolators, which will be performing just as well in thirty years’ time.

For the study led by Prof. Kerstin Kracht, advanced and ultrasensitive sensors were attached in a test situation to the test canvas and the vibrations of road and air transport were simulated.

The table below shows the percentage vibration reductions attained with respect to the input.

The most important test results are added below.

The T+ is now available for art transport worldwide through our network of Turle Partners. More information? Please contact us via info@turtlebox.com