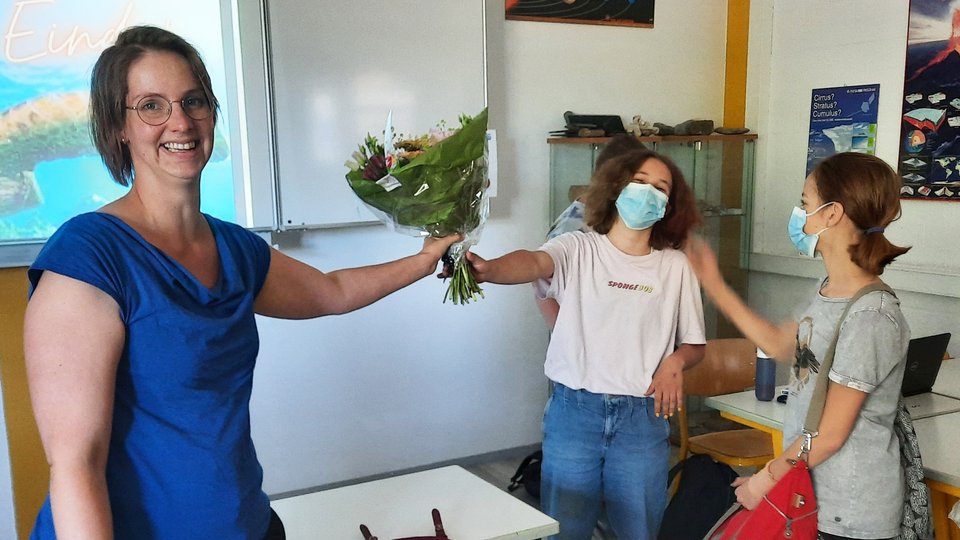 The Technasium is a form of secondary education (age 12-13) with a modern science-culture, where the subject Research & Development is key. Throughout the Research & Development lessons, students are solving problems by use of technique and technology, for a genuine client! Turtle was approached for the Technasium Veurs Lyceum first year project, and students were given the opportunity to learn from practice and look at issues through the eyes of a professional, whose perspective largely differs from that of the tutor. 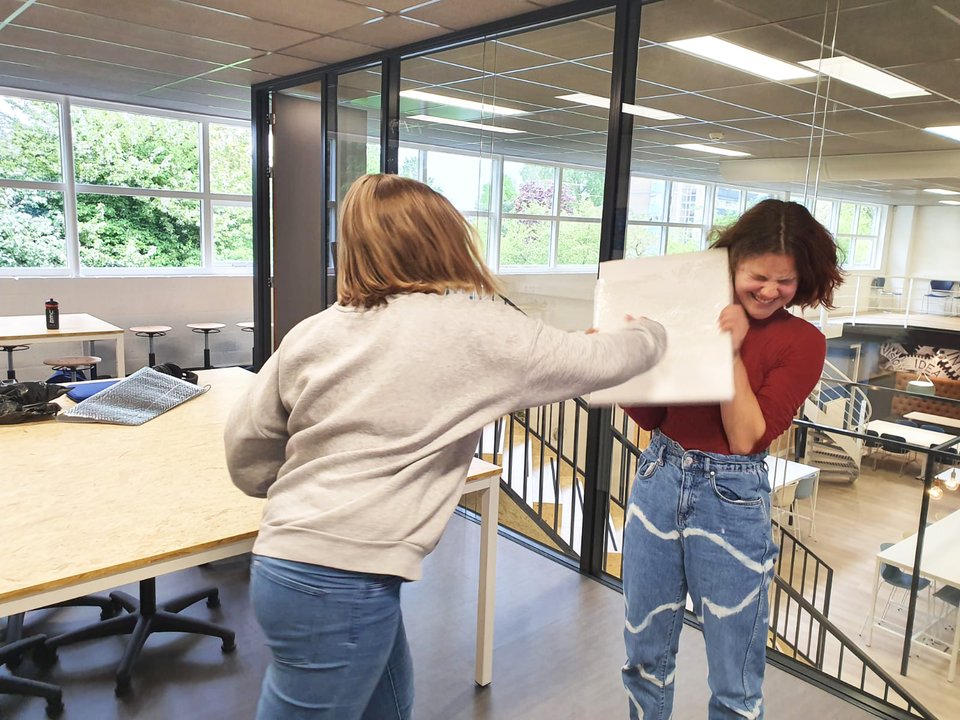 Leidschendam - Turtle BV develops special composite boxes to transport artworks with. These boxes are strong, watertight and have a special system to keep everything in place during transport. In addition, the artworks are also packed in plastic, Tyvek and/or air caps. This generates a lot of waste and is thus harmful to the environment.

Will the Technasium-students of the Veurs Lyceum be able to do research on more suitable material, during the Research & Development hours? Nicole Van Eerdt, manager at Turtle, visited the educational institute in Veurs to explain the situation and to give the first year students this assignment. Employees of the Leiden Museum De Lakenhal explained about the vulnerability of art and about the waste being generated over the transport of art.

The students got to work. Step by step they went through the research cycle; exploring the problem, formulating a research plan, analysing outcomes, etc. Midway through the project, the museum staff attended online to answer students’ questions, and also former student Lianne Pinkse (student Industrial design at the TU Delft) shared her expertise.

Ask 20 groups of students to come up with ‘new’ materials and you will get an array of materials you wouldn’t expect. One being more useful than the other. A selection of the suggestions made by students: bathing cap material. Inspired by seals, that have a water-repellent layer of fat. A huge bathing cap around a painting, that would fit different sizes, due to stretching capabilities and would be reusable. Plastic sheeting comes in two types only; the hard type, but also the felt-like type used by painters, with a plastic underlay. Soft and watertight, due to the plastic layer. And it will not tear easily, which was shown by one of the students, in front of the class, as she attempted to tear it with all her might. A suggestion that did indeed tick a lot of boxes. Or, for instance the group, where one of the students had brought a popcorn machine and the students discovered, with their mouths full of popcorn, that this does actually have a number of great properties (natural material!), but unfortunately also a large number of properties that are less suitable (it will easily break, “yet not if it has been around for a week or so…”). Another group made a polyester cover (behind the sewing machine) with a zip, like a sort of pouch for a painting. And another group suggested confetti (“Though it would be rather silly to have to blow confetti off a Rembrandt that had just arrived at the museum”). There was also a group that concluded, after having tested different materials, that no material did qualify to protect art pieces. In this case, no solution is still a good result. 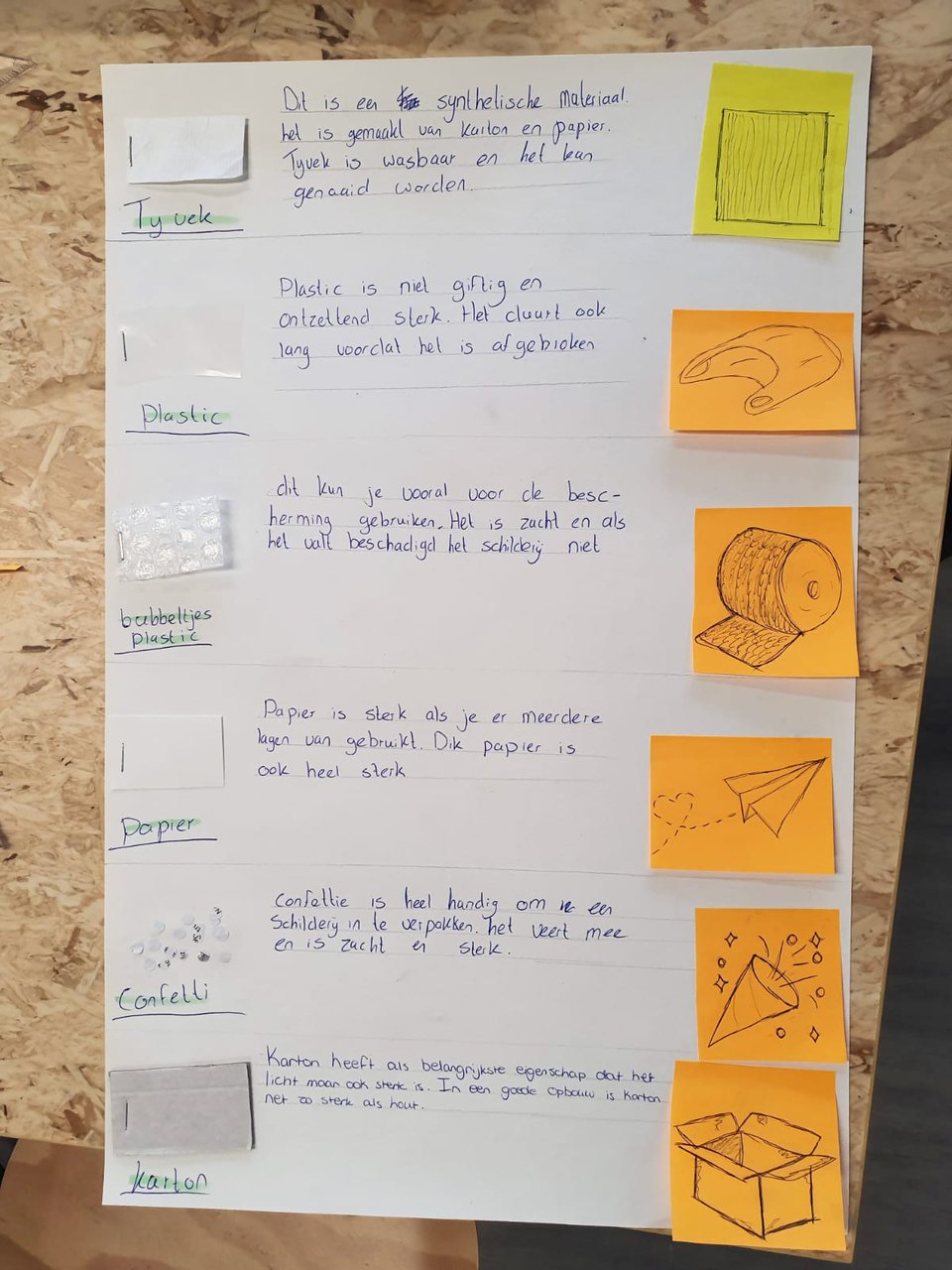 Still, the students feel that they learned something: “I have learned to delegate tasks; I had collected the stuff and others would write the presentation or test materials.”

And: “How can I research on how to approve certain materials. And that there are companies specialising in relocating paintings”. Or: “That certain fabrics are made from oil”. “Sometimes, I find collaborating quite difficult and I’ve also learned that some people need an assignment to be able to start anything.”

Some student groups stressed that they had learned to do reliable research. Which steps to take and that one should attempt to test all materials in similar situations. So, not one situation, where a student drops a painting, covered by protective material and another where a somewhat taller student does it from a greater height, using a different material.

A ready-to-use solution was not made available for Turtle. Still, Nicole was rather satisfied: “I see that some of the students were enthused by doing this research. Perhaps one of you wants to become a professor and work with us, in the future.” One of the students starts to nod passionately.